commitment to open government,” said, Scott Taylor, General Manager. “Our staff is to be commended for their contributions that empower the public with information and facilitate engagement and oversight.” To receive the award, the Lamont Public Utility District demonstrated the completion of essential governance transparency requirements, including conducting ethics training for all board members, properly conducting open and public meetings, and filing financial transactions and compensation reports to the State Controller in a timely manner.

SDLF is an independent, non-profit organization formed to promote good governance and best practices among California’s special districts through certification, accreditation, and other recognition programs.

Special districts are independent public agencies that deliver core local services to communities, such as water, wastewater treatment, fire protection, parks and recreation, healthcare, sanitation, mosquito abatement, ports, libraries, public cemeteries and more.  Districts are established by voters and their funding is approved by voters to meet specific needs through focused service.  They can be specially molded to serve large regions or small neighborhoods depending on the need. 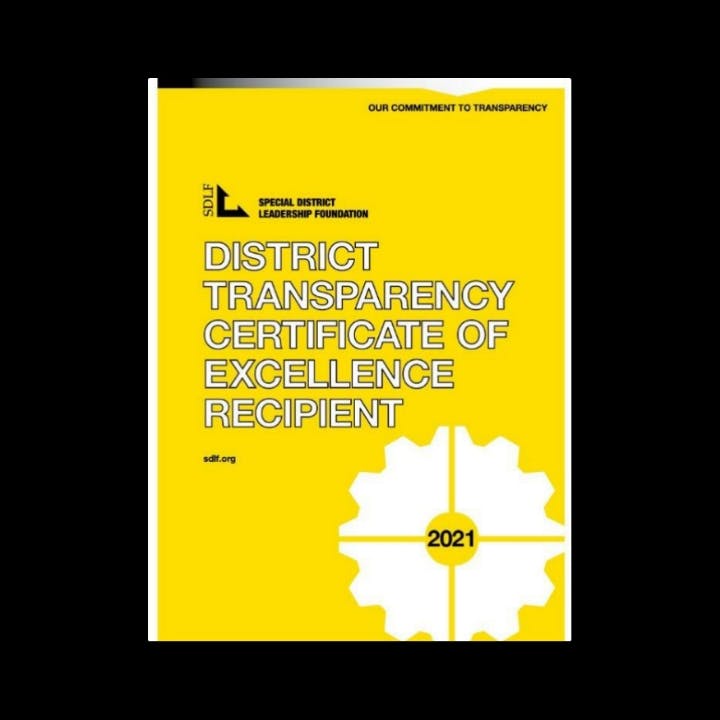